As soon as the Archer-United Joint Venture (Archer Western and United Infrastructure) was awarded the $421 million Midlands Connec­tion Project by the South Carolina Department of Transportation, Doug Browning, senior survey man­ager, says he started thinking about how they were going to manage their data on the project. The vast size of the project—widening 16 miles of an exist­ing highway corridor and replacing 10 bridges—makes it critical that every­one is using the most up-to-date plans. Bring­ing survey data into the documentation adds to the challenge. “We are constantly referencing the CAD files we have, because it is unrealistic to receive updated CAD files to do what we need to do with them on the survey side as many times as we have revisions,” says Browning. 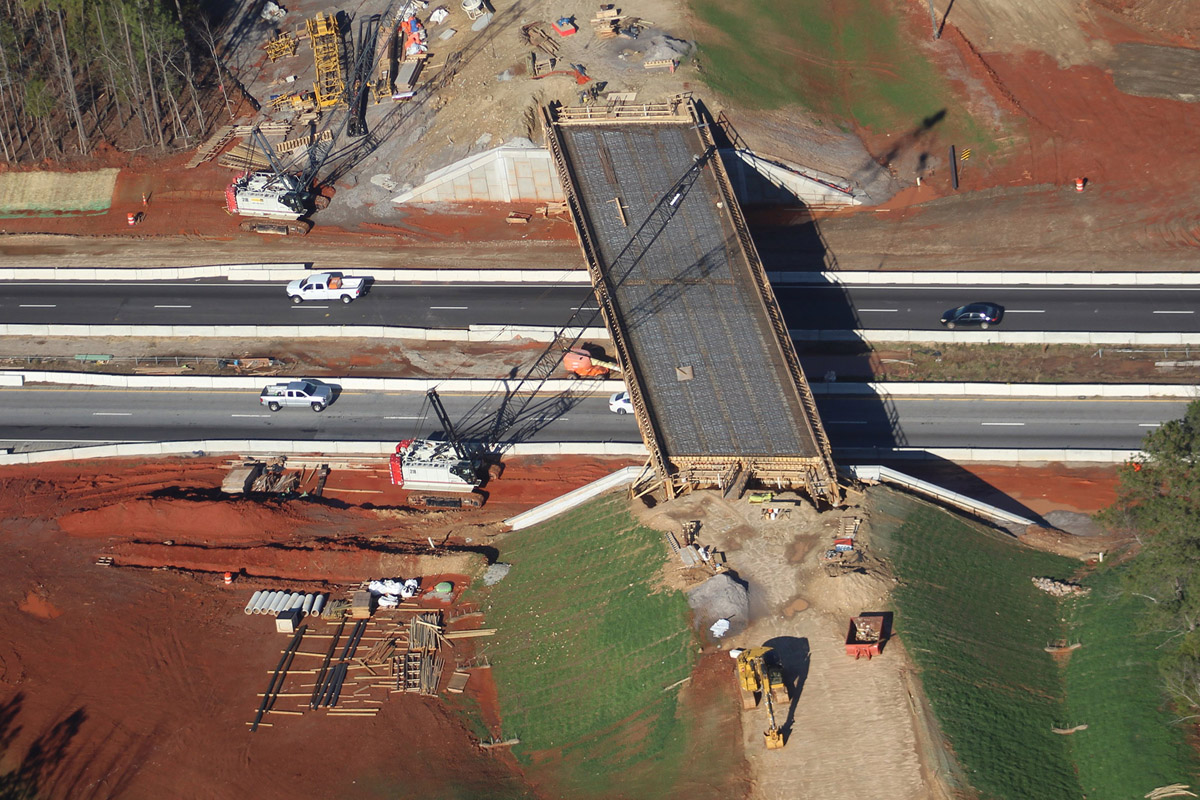 [Above: Aerial view of the Parr Road overpass bridge over I-26. Sourse: SCDOT]

How Survey Data Is Managed and Utilized

A key element that makes the accuracy and completeness of the survey data particularly cru­cial is their use of automated equipment. “We’ve invested a lot of money into our machine-con­trolled fleet on this project, “ says Browning, “and for us to use the earth-moving equipment and all that to its fullest, it takes a lot of prep time upfront with the data … It isn’t just a ‘plug-and-play’ type deal. There’s a constructability aspect where we clean the files for our field crews.” He points out that, “if you do it right up front, you save yourself a lot of time in the long run.”

They are also gathering data from two sources—GPS and conventional survey methods with a robotic total station—and required a solution that could integrate both. A cloud-based solution offered the much-needed data integration while also enabling field crews to access the data via a tablet. Browning describes how “one of my crews can have a robotic total station set up and then, with the click of a button, switch right over to GPS.”

In addition, a cloud-based solution allows him to track work progress from his office, or, due to the pandemic, from his home. “I can sit at my computer and see the same screen that [my bulldozer operator] sees in the cab of the dozer. I can give him files, and I can take files out. I can roll off the correct data for the correct model of whatever tasks of scope of work he’s [doing].” He points out that this ease of access is particularly critical when they have dozens of pieces of equipment online at the same time, each needing the correct data to get the work done properly. “If we can’t manage the data, we have a hard time keeping our produc­tion crews going.”

Ease of implementation and usability of the plat­form was particularly important due to the large number of people from two different companies involved in the project, many of whom had never worked together.  To implement a system for a project of this scale, Browning selected a vendor who had supported them in the past.

“A month after we were awarded the project, I sat down with the team [from the vendor], and we dis­cussed … what we envisioned our needs to be, and we were able to come up with a plan before we even broke ground or purchased equipment.” Browning believes that collabora­tion early on was a key part of the success­ful implementation.

When asked about implementation challenges, Browning responds that “we had some hiccups, but not enough where anything has been an issue.”

Browning also feels that having a data management plan before you break ground and choosing a vendor who will provide support after the sale are critical success factors. “The biggest advice I would give another con­tractor is know the scope, have the support, and take every advantage you have to [plan ahead] … You’ve got to put the legwork in upfront.”

An unexpected advantage for the successful technology implementation was timing: The project broke ground in March 2020, just as the COVID-19 pandemic hit the U.S. workforce. Browning describes how resulting delays allowed them more time to “create surface models, which are critical for our grade crews.” He is of the opinion that the extra time to work with the data helped prevent rework and ultimately saved the project money.

Browning has found the biggest benefit they have experienced is improved productivity. Instead of prepping data in the office, putting it on a thumb drive and bringing it to the crew, everything is con­nected in the cloud. As Browning explains, “It’s a couple of pushes of a button, and away you go.” Having up-to-date information and better commu­nication between the field and the office Browning believes has also helped improve safety. “I think safety just falls right in line when you do the prep work upfront.”

In addition, Browning considers the technology a competitive advan­tage. Based on his experience with this project, he is considering other technologies that can further improve his projects. “I am looking for any and all ways that I can separate myself and my department to give us advantages over our competitors.”

Completion of the Midlands Connection Project is projected for late 2024/early 2025.

This case study was published originally in The Civil Quarterly, 2021 Issue 2. The Civil Quarterly is a free, quarterly publications that offers research, interviews and feature articles on trends transforming the civil construction sector. 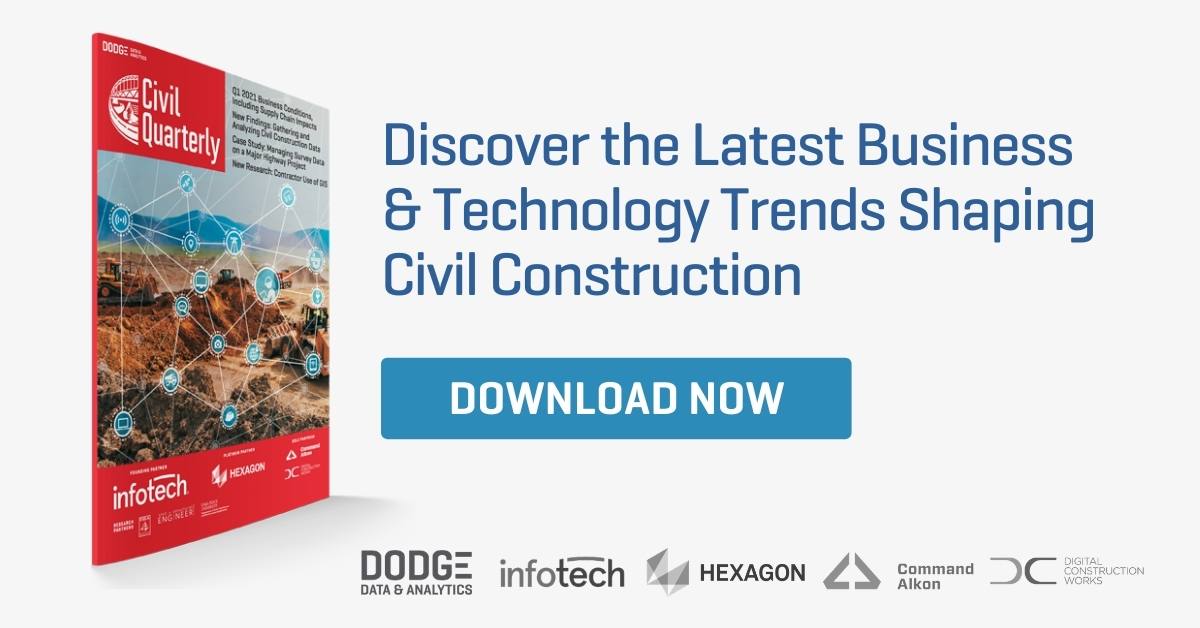