What Puts a Construction Safety Program Among the Best of the Best? 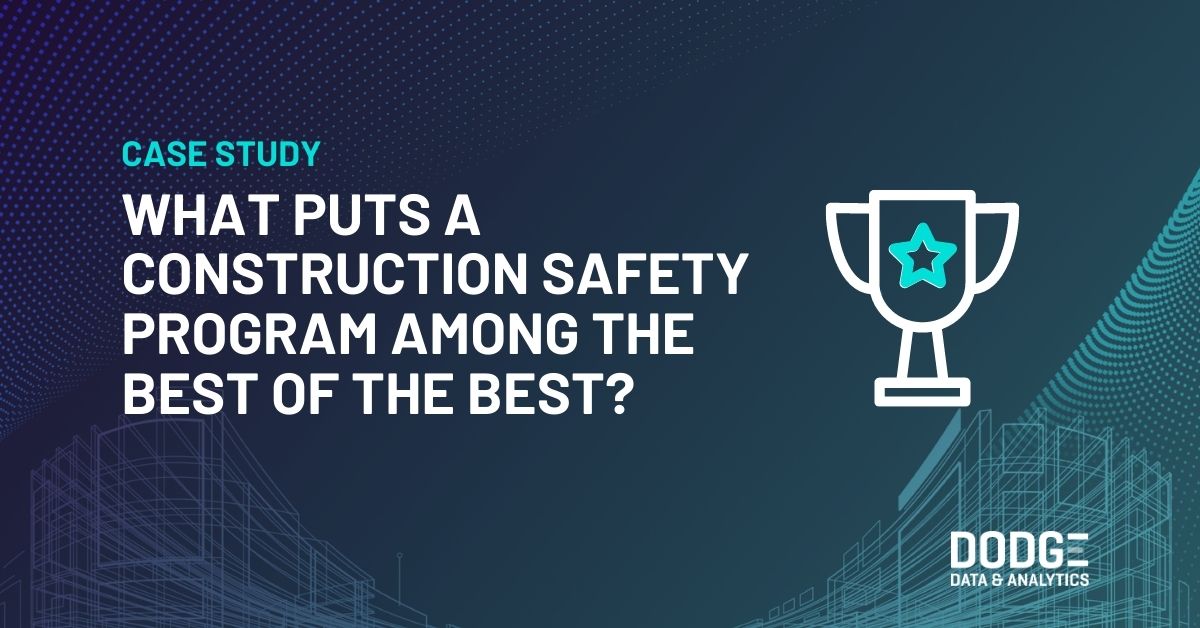 One such company is Texas-based general contractor Rogers-O’Brien Construction (RO). The company has won several national and regional safety awards in recent years, and in 2018 was one of only 13 firms out of some 21,000 Associated Builders and Contractors (ABC) members to win the association’s National Safety Excellence Award at the pinnacle level (the highest level of safety achievement through ABC). So what makes RO’s program a standout?

“Our vision is to be Texas’ premier builder, delivering excellence and expertise through all aspects of our business,” says Ross Daly, the company’s corporate safety director. “And that includes safety.” Daly draws a distinction between priorities, which can change, and core values, which remain constant. “Safety is one of our core values,” he says.

Three key elements underpin the firm’s safety culture. The first is buy-in from RO leadership. Exemplifying this, safety constitutes a focus in the firm’s annual strategic planning, with the intention not just of improving the status quo, but of looking for transformative options as well. The firm’s leaders are also consistently engaged with safety at the field level, making site visits to reaffirm the safety value and to listen for suggestions as to initiatives, practices or resources that could help support it.

As an example of this organization-level commitment, the firm has developed an innovative solution to a chronic hazard in the installation of precast panels. The danger comes as a panel is craned into position, and employees use their hands to push and pull until it’s plumb against the slab. In the case that got RO’s attention, a panel moved faster than expected, and, in an attempt to prevent it from striking the adjacent panel, an employee caught his hand in the pinch point between the two.

In response to the incident, RO facilitated a roundtable meeting with industry experts, including fabricators, erectors, seasoned superintendents and safety managers to find a better way. The solution they developed is a light-weight aluminum bracket complete with proper handles; it bolts to the edge of the panel before hoisting and provides leverage for easier maneuvering. For ergonomic as well as caught-between risks, this simple yet ingenious device has made for a safer jobsite.

The second element underpinning RO’s safety culture is employee engagement. “While leadership commitment is vital in setting the example,” says Daly, “real safety lies at the craft-level worker out there doing the work.” So, rather than seeing workers’ safety behaviors as problems to be fixed, RO has come to view workers’ wealth of knowledge as a source of solutions. In the past, says Daly, the company tended to “talk safety down” to its trade partners, telling them how to practice it. But now, “we’re pushing to flip that concept on its head,” he says. “We want to hear more from our trade partners on how we run safety on our jobsite.”

One way the firm does that is by sharing out weekly jobsite safety meetings among the trades. “It’s so very beneficial to have an electrician tell us about their work,” says AJ Chase, a project manager at RO, “because what they do is so specialized, and electrical hazards are the ones you can’t really see.” Similarly, a formwork contractor might discuss rigging and signaling before a crane begins flying forms into position, helping to raise situational awareness site-wide. “Once a trade partner sees another leading the discussion, safety gets a bit more traction,” says Chase. “They have more ownership of the process, and feel more valued and engaged.”

Another example of employee engagement is the firm’s approach to planning. From scheduling months out to ensure trades will not be stacking on top of one another on a vertical, zero-setback, urban infill project, for example, to daily pre-task planning (PTP) cards on which trade supervisors carefully detail how the risks of each of the day’s activities will be handled, trade partners are essential participants in the process.

The third element is the creation of an environment of trust and learning. A positive, rather than punitive, approach to safety is an aspect of successful safety leadership, but it is so critical to the success of the firm’s safety culture that Daly identifies it as a key factor in its own right. RO staff are also trained to “coach in the moment” to understand why a worker wasn’t behaving safely and to help them improve. “To have that world-class safety program, accountability is essential,” says Daly, “but very rarely will you punish someone into changing their behaviors.” Simply disciplining an employee for a safety violation seems like an easy fix, he says, but it often papers over what is really going on. Instead, the focus should be on the system that allowed the incident or near miss to occur, and on how to make that system more robust.

An aspect of positivity around safety is the recognition and reward of safety behaviors that go above and beyond the individual’s responsibility. Even if it’s primarily symbolic, like a safety champion sticker and a free lunch at the food truck, the program boosts morale and provides extra opportunities to reinforce safety as a positive value.

In this context, an honor such as the pinnacle-level ABC National Safety Excellence Award represents a major achievement for the firm. “When we win an award like this, it’s great to share it!” says Daly. The news goes out in company bulletins, and RO “town hall” meetings recognize the winning safety work firm-wide. The award also provides a measure of RO’s safety program relative to the company’s peers nationwide, and lets the firm know its efforts have earned a place among the best of the best. In addition to the recognition that the award itself represents, the process of applying for it also has value. “It allows us to reflect on what we do well,” says Daly, “and to identify areas where we can still improve.”

This case study originally appeared in the Safety Management in the Construction Industry 2020 SmartMarket Report.