Total nonfarm payrolls increased by 1.4 million in August as the labor market continued the healing process from the spring’s pandemic-fueled shutdowns. While slower than the pace of gains over the past few months, the gains are a positive sign that businesses continue to rehire workers despite concerns about the potential impact of rising cases of COVID-19 in some areas of the country and the Congressional impasse over the extension of the Paycheck Protection Program. The unemployment rate fell to 8.4% in August. 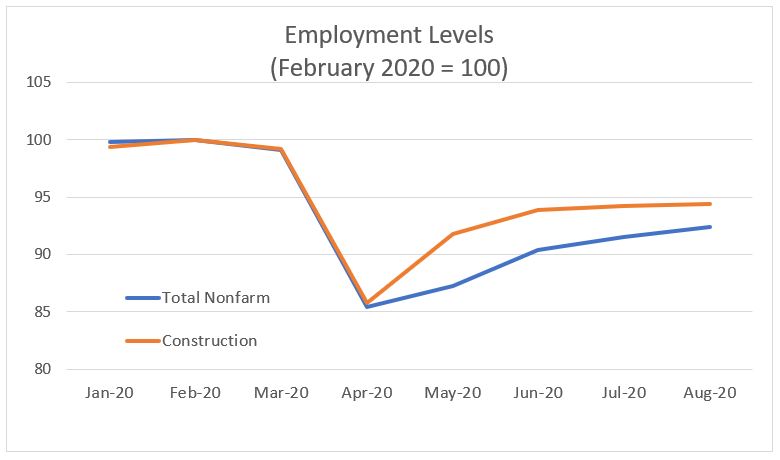 With the August gains, total nonfarm employment has added back about half the jobs lost in March and April still leaving a stunning gap of nearly 12 million jobs. Continued progress in economic growth will hinge greatly on the ability of consumers to continue to spend. Working against them, however, are continued high levels of joblessness and the expiration of enhanced unemployment insurance benefits that leave the retail and hospitality sectors particularly vulnerable. Permanent layoffs hit 3.4 million in August, an increase of nearly 2.1 million since February and a sign that there will likely be a near-term ceiling on hiring.  All in, this is a good report, but the road ahead will be filled with potholes and detours that will keep economic growth subdued through the end of the year.