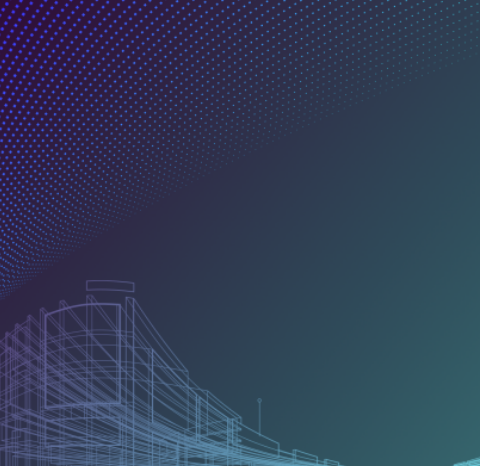 HAMILTON, New Jersey — April 16, 2021 —  Total construction starts rose 2% in March to a seasonally adjusted annual rate of $825.3 billion, according to Dodge Data & Analytics. A solid gain in nonresidential building starts fueled the March gain, while growth in residential starts was minuscule and nonbuilding starts fell outright. The Dodge Index rose 2% in March, to 175 (2000=100) from February’s 172.

“The March increase in construction starts is certainly welcome news following the past three months of decline,” said Richard Branch, Chief Economist for Dodge Data & Analytics. “Construction will continue to improve as the year moves on. However, just as the pandemic is beginning to loosen its grip on the economy, logistical problems and the rapid escalation in material prices have stepped in as the primary risk to the construction sector. These issues may restrain opportunity in the coming months, causing the sector’s recovery to lag that of the overall economy.”

The largest nonresidential building projects to break ground in March were a $306 million Amazon, Inc. warehouse in Maspeth NY, the $300 million Ball Corp. Aluminum Can factory in Pittson PA, and the $288 million TCCD Northwest Campus Redevelopment in Arlington TX. 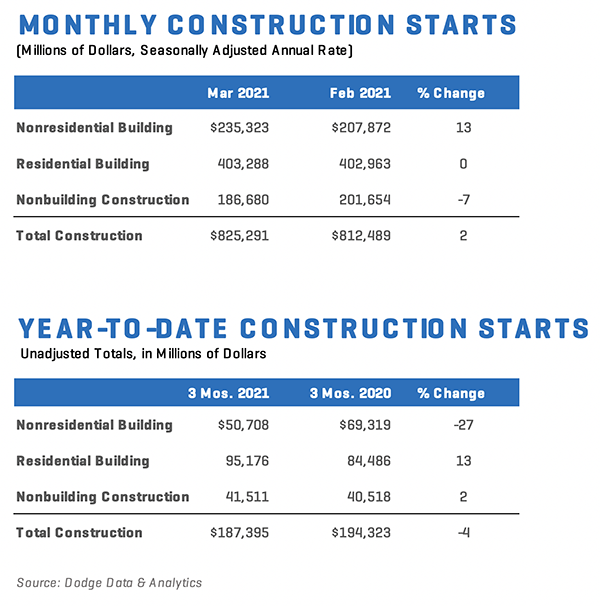 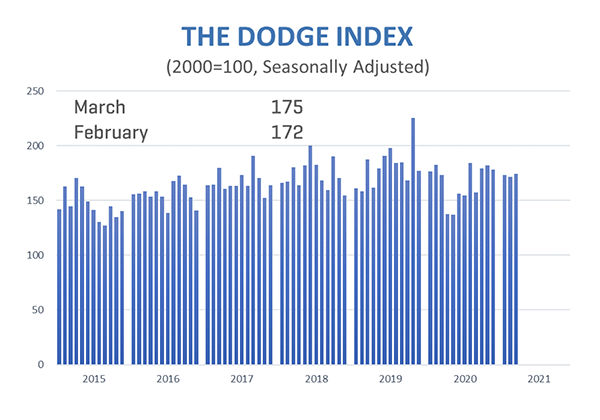