Gains in nonresidential unable to overcome a pullback in single family

“The pullback in single family construction starts was inevitable after showing exceptional strength over the past year,” said Richard Branch, Chief Economist for Dodge Data & Analytics. “Higher material prices, supply shortages, and a dearth of skilled construction labor were bound to catch up with housing and will ultimately limit the ability of this sector to show the same rate of expansion this year as it did last. Meanwhile, nonresidential starts are stabilizing and should continue to heal throughout 2021, however, this sector will also be challenged by similar issues facing the housing market that will cause its starts to be below pre-pandemic levels for months to come.” 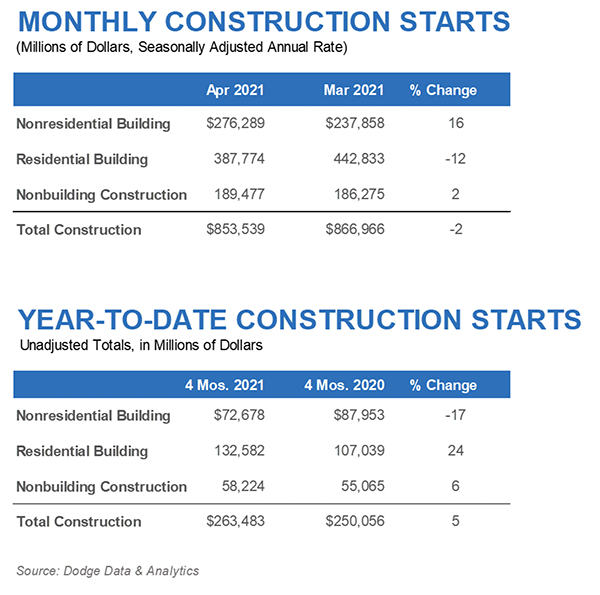 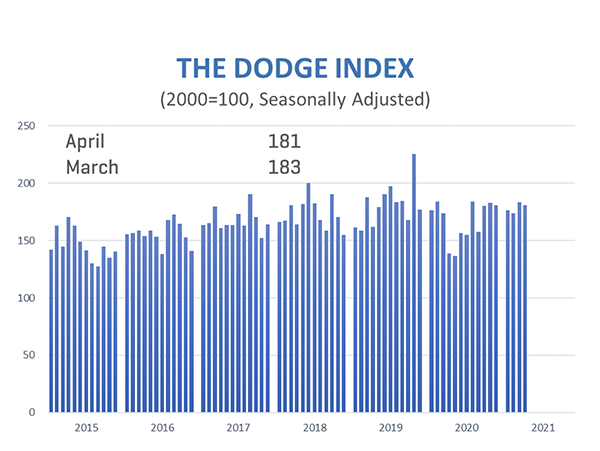