“Mega-projects aside, construction continues to improve despite the pressure created by higher interest rates and labor scarcity,” said Richard Branch, chief economist for Dodge Construction Network. “Combined with the strong labor market, this is another indicator that the U.S. is not currently in a recession. However, the Federal Reserve will continue to aggressively raise interest rates until they feel that inflation is under control. This will create mounting pressure on building activity and potentially lead to a slowdown in construction starts by year-end.”

The largest nonbuilding projects to break ground in July were the $9.4 billion first phase of the Driftwood LNG export terminal in Calcasieu Parish, LA, the $7 billion third stage of the Cheniere Corpus Christi LNG in Gregory, TX, and the $2 billion Intermountain Power Project in Delta, UT.

The largest multifamily structures to break ground in July were the $680 million first phase of the OneJournal Square building in Jersey City, NY, the $380 million 90Ninety mixed-use building in Jamaica, NY, and the $325 million Domino Sugar Factory redevelopment in Brooklyn, NY. 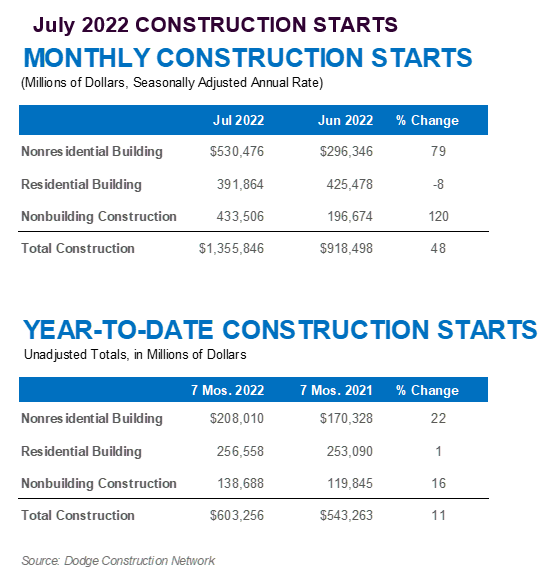 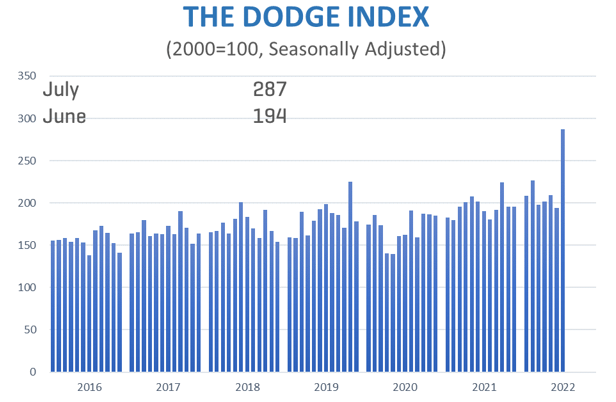