Broad-based weakness in the building sectors dragged down construction starts

HAMILTON, NJ — July 20, 2022 — Total construction starts fell 5% in June to a seasonally adjusted annual rate of $932.3 billion, according to Dodge Construction Network. Nonresidential building starts lost 14% during the month and residential was 6% lower. On the contrary, nonbuilding starts gained 13% in June due to the start of several large solar projects.

“Construction markets are getting jittery as the odds of recession increase,” said Richard Branch, chief economist for Dodge Construction Network. “While projects are still moving through the planning process, the velocity has downshifted reflecting uncertainties over how rising interest rates will impact the economy, construction material prices, and ultimately, construction starts. Over the short-term, construction-facing indicators are likely to be more volatile than normal, particularly in the commercial sector.”

The largest nonbuilding projects to break ground in June were the $2 billion PacificCorp Segment F – Aeolus to Mona transmission line in Utah and Wyoming, the $1.3 billion Gemini Solar Project in Las Vegas, NV, and the $650 million NICTD South Shore train line in Indiana. 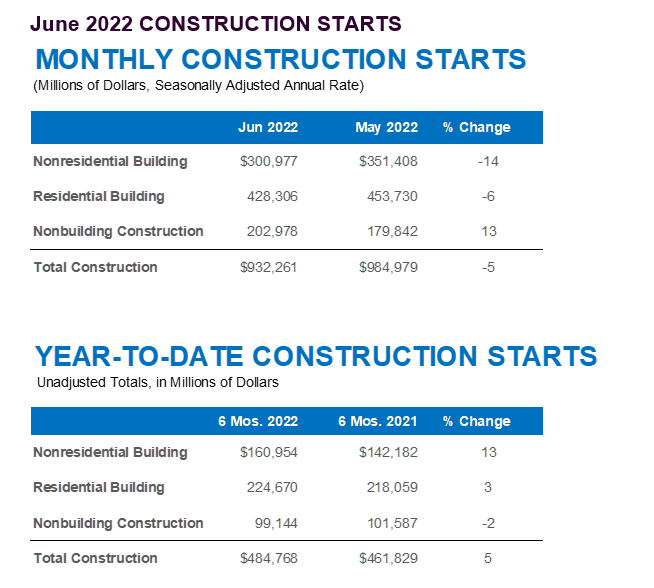 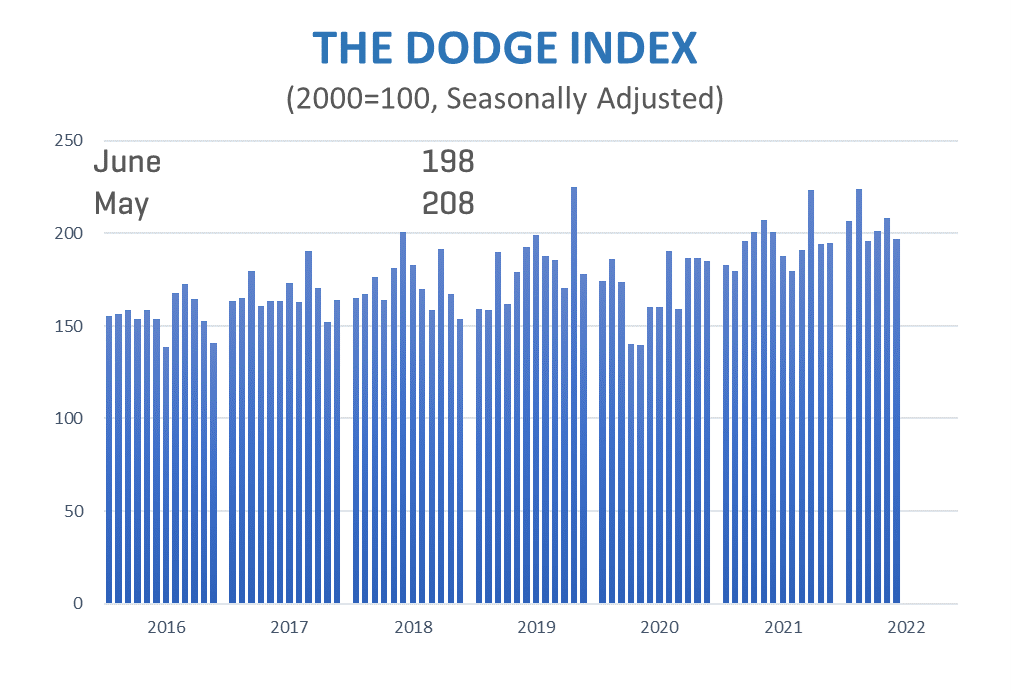