“September’s decline in construction starts should not be seen as a precursor to a cyclical pullback in the industry,” said Richard Branch, chief economist for Dodge Construction Network. “The previous two months saw the start of several megaprojects, and the decline in September returns starts activity to its trend level. It is likely, however, that as interest rates move higher in the coming months, marginal construction projects may not get underway and construction activity will begin to settle back.”

●      Nonresidential building starts dropped 23% in September to a seasonally adjusted annual rate of $438.8 billion. In September, commercial starts inched 2% higher led by office and warehouse starts, while institutional starts lost 39% despite solid growth in the education category. Manufacturing starts were 22% lower in September. Through the first nine months of 2022, nonresidential building starts were 37% higher than the first nine months of 2021. Commercial starts grew 19%, and institutional starts rose 19%. Manufacturing starts were 240% higher on a year-to-date basis.

The largest nonresidential building projects to break ground in September were the $5.7 billion oil platforms in the Gulf of Mexico, the $2.9 billion Metro-North Penn Station Project in New York, NY, and the $800 million Meta data center in Kuna, ID. 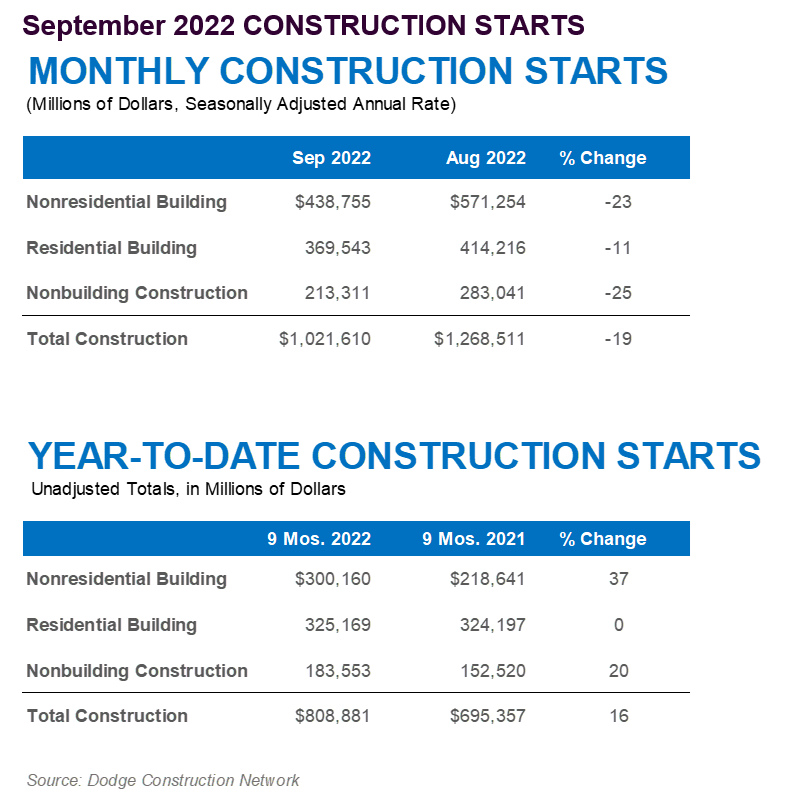 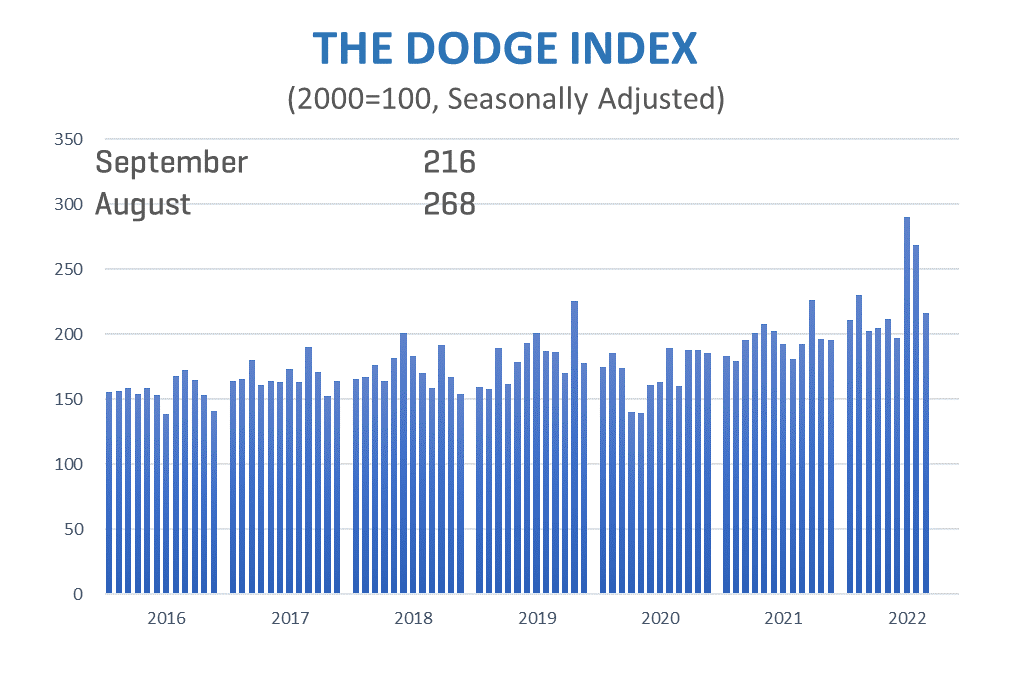