“Large projects aside, the underlying trend continues to point to a modest recovery in construction starts,” stated Richard Branch, chief economist for Dodge Construction Network. “However, even as projects continue to move forward, the short-term outlook remains cloudy due to continued escalation in material prices and labor shortages. While construction should see some reprieve in 2022, these challenges will restrain the industry’s ability to fully capitalize on both the large number of projects in planning and funding resulting from the infrastructure package. The result will be moderate growth in construction starts over the near-term.” 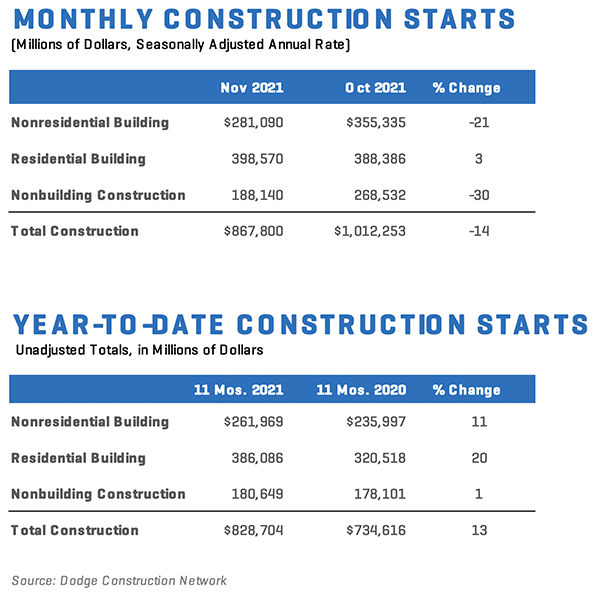 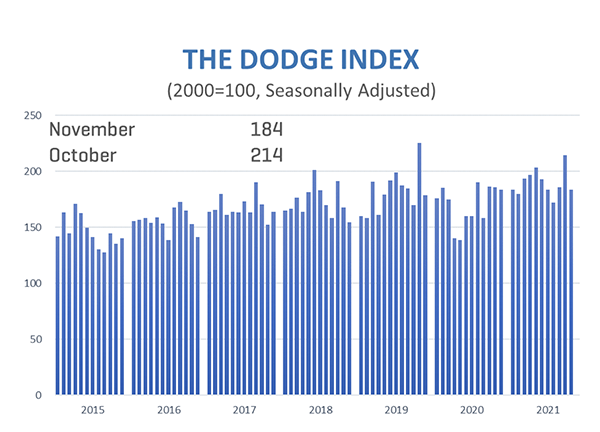