“Construction starts have struggled over the last three months as concerns over rising prices, shortages of materials, and scarce labor led to declines in activity,” stated Richard Branch, Chief Economist for Dodge Construction Network. “The increase in September, however, partially allays the fear that construction is headed for a free-fall and shows that owners and developers are still ready to move ahead with projects. Starts are likely to continue to trend in a positive but sawtooth fashion in the coming months until a more balanced recovery takes hold next year.” 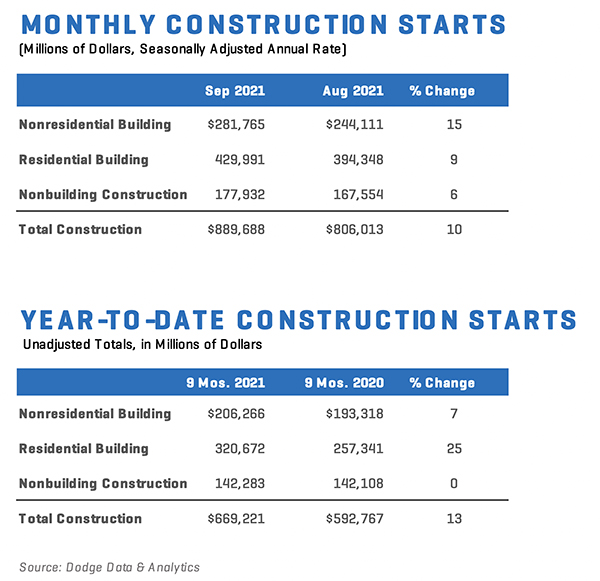 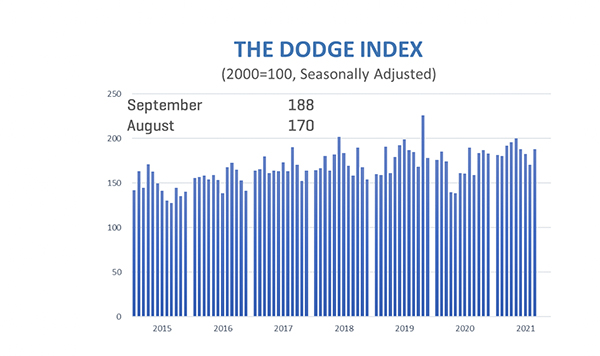