The January increase essentially reverses December’s decline, and brings the overall Momentum Index back to November’s level. January’s reading is also consistent with the monthly average for the second half of 2018, and just slightly below the current expansion’s high mark set in July 2018. Notably, however, the commercial component remains below the highs set during the summer of 2018, while the institutional component has gained traction as public funding for projects such as schools and transportation terminals remains supportive. 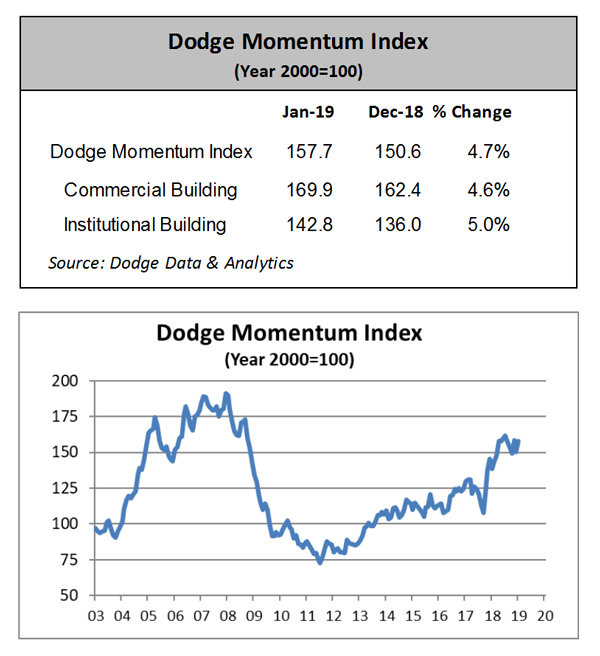